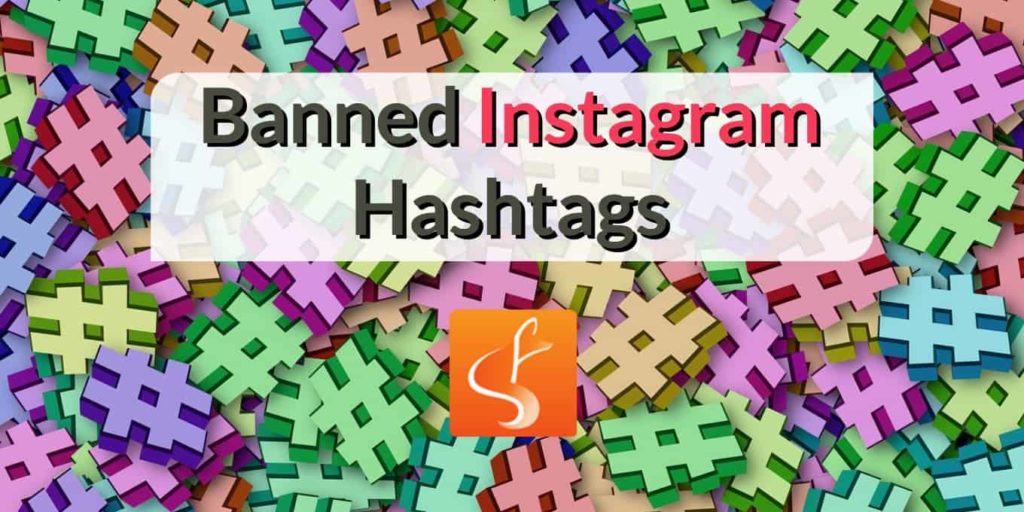 The past few months have been extremely volatile for Instagram as they have repeatedly announced substantial changes, policy revisions and developer updates. Some of the most recent announcements happening last month alone include Instagram Post Scheduling and carousel ads for Instagram Stories.

In the last year, users have seen a new type mode, polls in stories, saving stories and following hashtags. But the news that’s not publicly announced is the most intriguing and it has everything to do with the backbone of the Instagram platform — banned hashtags.

The Age of Hashtags and Instagram’s Shadowy Censorship

Hashtags are the backbone of all modern social media platforms because they’re used not only as one of the major indicators to the back-end about what to serve to clients but they allow flesh and blood users to give extra meaning and categorization to the statements they make online. But not all hashtags are equal.

Twitter hashtags are known as the first appearance of hashtags on a social platform and these tags held considerably more meaning, significance to users and intention because of the strict character limit. Facebook, when it was first released and in its infancy, did not consider hashtags to affect a posts virality so they were devalued by users and developers. Instagram, was similar to Twitter in that they knew of the importance of the hashtag from the beginning, counted it as essential to their algorithm and encouraged their use in the fanbase. This was nearly their downfall.

For almost 8 years now Instagram has been fighting a truly epic battle against spam, bots, fraud and illicit accounts all of which heavily violate their terms of service and the experience of the platform. There’s been a proliferation of each of these assaults on every social network but the core functionality and userbase of each has remained largely intact. In fact, Instagram’s yearly signup numbers and daily active user scores have been the fastest growing for the last 4 years and this is mostly because they’ve turned their hands-free policy around.

The major tactics they’ve deployed to defend their platform against spam and return it to positive human interactions are the growing Banned Hashtags List and the infamous Shadow Ban. Here we can only focus on Banned Hashtags because lists have been compiled by news outlets and tested by users concerned with this censorship. The Shadow Ban is very widely reported but there’s never been a definitive statement made by Instagram that outlines the policy and how exactly it works. It is similar to the Banned Hashtags policy as it eliminates your use of hashtags, user interaction and overall reach. 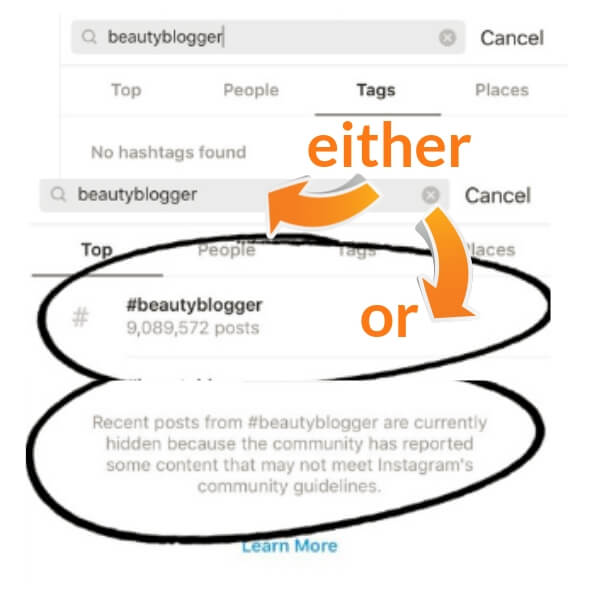 Now that Instagram has started to favour business pages on its platform it’s even more important to ensure brands interact with users in an organic and non-spammy fashion.

To achieve this, they simply monitor and eventually blacklist certain keywords that are causing the most trouble and being associated with the most illicit and spam-based accounts.

The banned hashtags can be temporary (weeks or months) or permanent and you can test for yourself. Just press the explore magnifying glass, type in a hashtag you’re unsure about and if it doesn’t appear but is paired with no results text it’s banned.

Again, this could only be a temporary ban but the platform has decided this is necessary for the time being. Also, if the hashtag does appear with results you can tap it and will find you are led to a broken page or a TOS warning.

The Instagram Community Guidelines are being updated more regularly and content is being censored accordingly. You don’t have to read the notes line by line and most of it is common sense. The hashtags and content that have been banned in 2018 is mostly obvious stuff. Sharing content you didn’t cite or create. Posting nudity, intercourse related material. Avoiding bot interactions and mechanical follows or harassing commercial activity. Firearms and drug-related hashtags and content as well as self-inflicted injury, graphic descriptions and blatant disrespect or hate speech.

Here’s a little insight into some of the banned hashtags in 2018 but we won’t post the full graphic list. We like to reach new people and inform our fans and enjoy the time we spend on Instagram’s platform :). 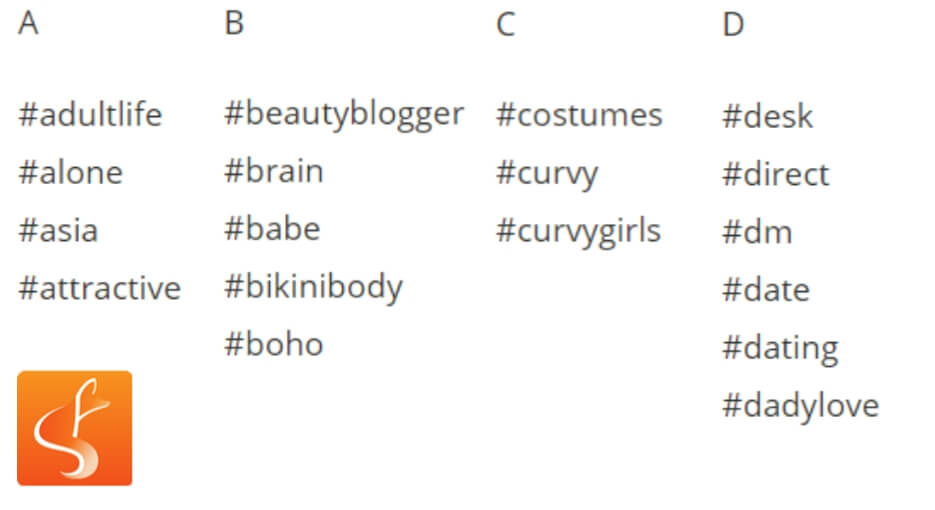 All these ominous warnings and talk about bans really shouldn’t make you worried. The rule of thumb for avoiding banned hashtags or shadowbans, in general, are extremely simple. Act naturally and use the platform like a normal person with normal intentions. Post that pic of your food and pair with a relevant hashtag. Upload that picture of your best friends dressed up and out for dinner paired with an informative statement and relevant hashtags.

The Instagram TOS are getting updated frequently but it’s only in reaction to abuse and compromise of the platform that you enjoy making memories and communicating with friends on. Most importantly, enjoy yourself on Instagram — we have fun on it every day. Check us out on the platform to see all our amazing events, office pics and contests!