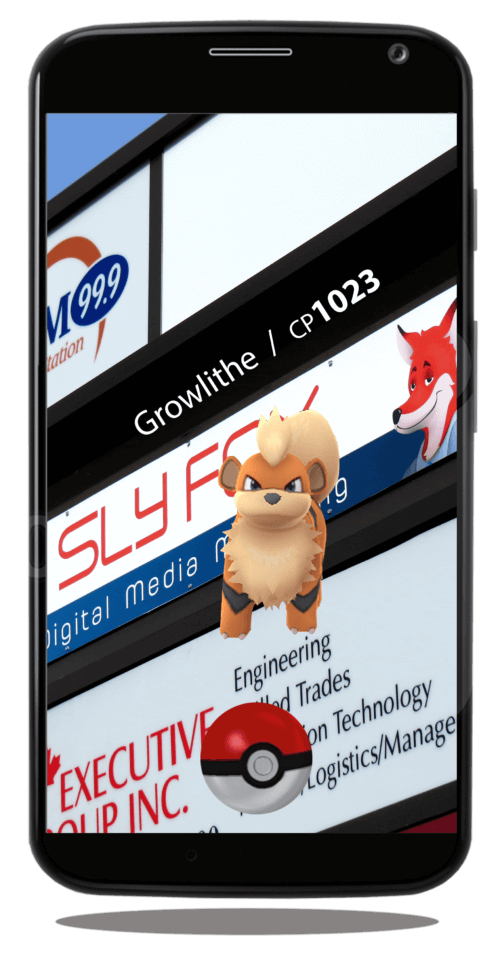 By that we mean all the customers! With Pokemon Go’s launch we’ve seen a huge spike in London residents ‘out and about’ who get hungry, thirsty and hot, faster; this means they’re coming into stores to make purchases or to simply cool down. This offers you, as an entrepreneur, one of the single largest perks possible: more business. The trick is, however, how to use it. Already some businesses have jumped on the bandwagon, and have drawn in extra business with some pretty creative advertising; and what kind of marketing firm would we be if we didn’t suggest a few ideas of our own? After some brainstorming we’ve come up with our favorite methods on how to use Pokemon Go (and other trendy fads) to your advantage when marketing your business. 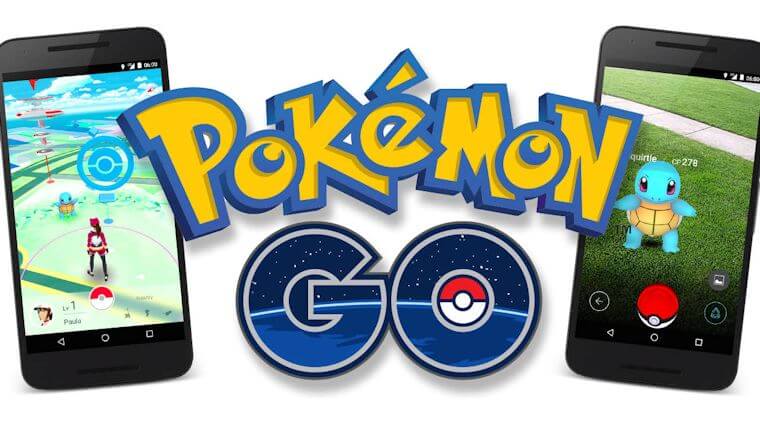 Pokemon Goer players are constantly on the move, looking for Pokestops, or rare Pokemon spawns. Don’t worry, we’ll explain as one of our foxes plays the game, and it’s in knowing about certain aspects that you can utilize this fad to the fullest. For now, let’s start with a more obvious and impressively underused method: signs. Sandwich signs are a cost-effective and eye-catching method of ‘close-quarters’ marketing. As players (also known as Pokemon Trainers) walk the streets looking for things, they primarily notice things closer to the ground, also known as obstacles. Signs can prove to be a great tool to draw players in to cool off, grab a drink or browse your wares.

Now just how you use the signs, is how you can maximize your usage of this fad, and marketing method. Let’s say you run a variety store, and you notice it’s hot out. Draw customers in with offers on water and snacks, but be creative. As an example: “Keep yourself hydrated while you’re on your Pokemon adventure!” “Fuel your Pokemon with snacks!” Etc etc. Add some humor, and you’ll draw in even more, as this particular fad is bringing out the child in the the more mature players. If your store is near a Pokestop (something you can learn from trainers or from your phone if you get the app itself) offer a place for them to charge their phones, cool down or re-hydrate. We’d recommend you put a time limit on it, or ask that they make a purchase if they’re using your outlets; but if they’re in your store, they will be able to see all that you have to offer! Think of what you’d need if you were walking around town for hours on end, and then offer it to them in a fun and creative way. 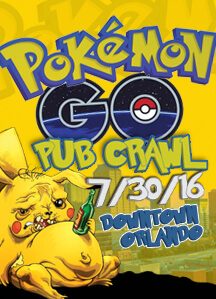 Now if you don’t have a Pokestop nearby, don’t fret. Depending on the cellphone traffic in your area, you can contact Niantic and possibly even request to have a Pokestop set at your location. Once (if) you get a Pokestop, you can use that to your advantage to target players. Let’s use a restaurant as an example: Say you’ve got a Pokestop at your restaurant, or a gym (a place where Trainers battle to prove they’re stronger, think of it as a battle-royale thing). You can advertise that and offer deals around that; such as offering free wi-fi to save trainers their data. This would be a HUGE advantage as you’ll see much larger amounts of foot traffic. Have the password set with a Pokemon theme, and the trainers will love it. Host a Pokemon night where you (or someone in your company) sets lures every half hour (the lure’s time limit) for a set number of hours, and you’ll see a measurable boom in your business.

Now the perks aren’t solely Pokemon-customer based, but can also influence non-players! People who see a busy business assume that it’s something worth trying out, or that they have something that a lot of people want. This draws in the curious, who may not have given your business a second glance.

The important thing is to have fun with the fad. The more fun you have with it, the more fun the people participating in the fad will have, and the more you’ll stick out in their minds. You become a ‘cool’ business, one they’ll talk to their friends about. Word of mouth is a very powerful advertising tool, and as Pokemon Trainers have a ‘code’ or ‘obligation’ to share information of spawns, good lure spots, and poke-friendly businesses; you can be almost guaranteed that they’ll talk about your business.

We do recommend (especially if you own a restaurant/bar business) that you set aside an area for trainers, as they can get loud and excited; and will be more so with the upcoming patches (so they get to battle and trade with each other). This may disrupt other patrons, so if you have a special ‘poke-spot’ for them, they’ll feel more comfortable. It’s with these actions that you may just earn an incredibly loyal customer, one who talks to their friends about your business. 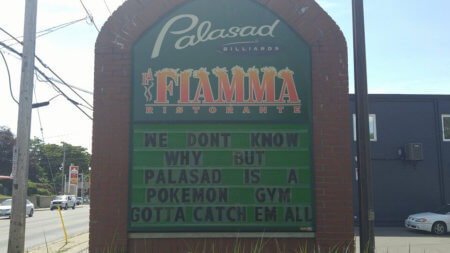 Still not sure if this would work for you? Let’s take one of our local businesses as an example: The Palasad. They’ve been open awhile, and have a good advertising campaign going, so they were doing well enough. With the launch of Pokemon Go in Canada, they learned that they not only have a Pokestop in their location, but a gym as well. They advertised this, suggesting players sit down and have a bite to eat while catching new Pokemon and training their current ones. Their sales and customer traffic skyrocketed, and is now one of the busier ‘Pokemon hubs’. Victoria Park, while not a business, offers a dozen or more Pokestops with lures constantly being set; as a result, businesses near the park have seen a significant spike in their sales – especially stores offering food and water, or Pokemon based products.

There’s so much you can do with this current fad, it’s mind-boggling. It just takes a little knowledge of the fad, and a little more creativity, and you’re included in the movement. This is your chance to earn loyal customers, get out of the red, and draw in more people. The busier your store is, the more inclined the general population will be to enter it. The more you ‘buy into’ the fad, or go with it, the friendlier and cooler you’ll seem, thus earning respect and admiration from the participants of the fad. To wrap it up, we suggest you (at the very least) learn where the nearest Pokestop or gym is and utilize it to the fullest, draw in those crowds by saying “Hey! We know what’s up, and we’re cool with it, feel free to rest or talk about it here”. Target them, and in turn, they’ll spread the word and help people see that you have a busy, successful store that everyone should visit. All you have to do is see what you have, and work with the fad. We wish you luck, and happy Poke-hunting! Now go catch ‘em all!

Posted in Blog, SlyFox Says... and tagged Advertising, Business, marketing, Pokemon, SlyFox
← Why use Twitter?SEO – What is it? →